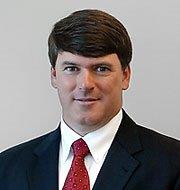 Mr. Best was first named president of DMD in 2008 and subsequently led the acquisition in 2009 which formed Intrepid. As the CEO of Intrepid, Mr. Best creates the stratigic vision for the organization as a whole. He previously served as the program manager of the Ground Based Midcourse Defense (GMD) Program support contract, with an annual budget of over $100 million and over 450 personnel. For more than 25 years, Mr. Best has excelled in leadership, strategic planning, organizational structure, and risk management for government contracts focusing on space and missile defense issues. He is a graduate of the University of Alabama with a degree in business administration.